April is Mint Julep month, so in honor of this classic southern cocktail I’ve listed out a few different recipes (along with some how-to videos) for you to try all month long.

How to fashion a true Mint Julep is a hotly debated topic in the world of bartending and mixology, especially in the South. The few ingredients it takes to make one remains constant, yet opinions on how best serve one are varied. Many muddle the mint and sugar together , while others insist that the mint should be smelled not tasted. Therefore, they take mint leaves and “swab” the bottom of the cup to release the mint aroma (see video below). Some use loose sugar or sugar cubes, while others prefer simple syrup. Some even infuse mint into their simple syrup. With the numerous ways to make this cocktail, we thought it best to show you various ways to see what strikes your fancy best. 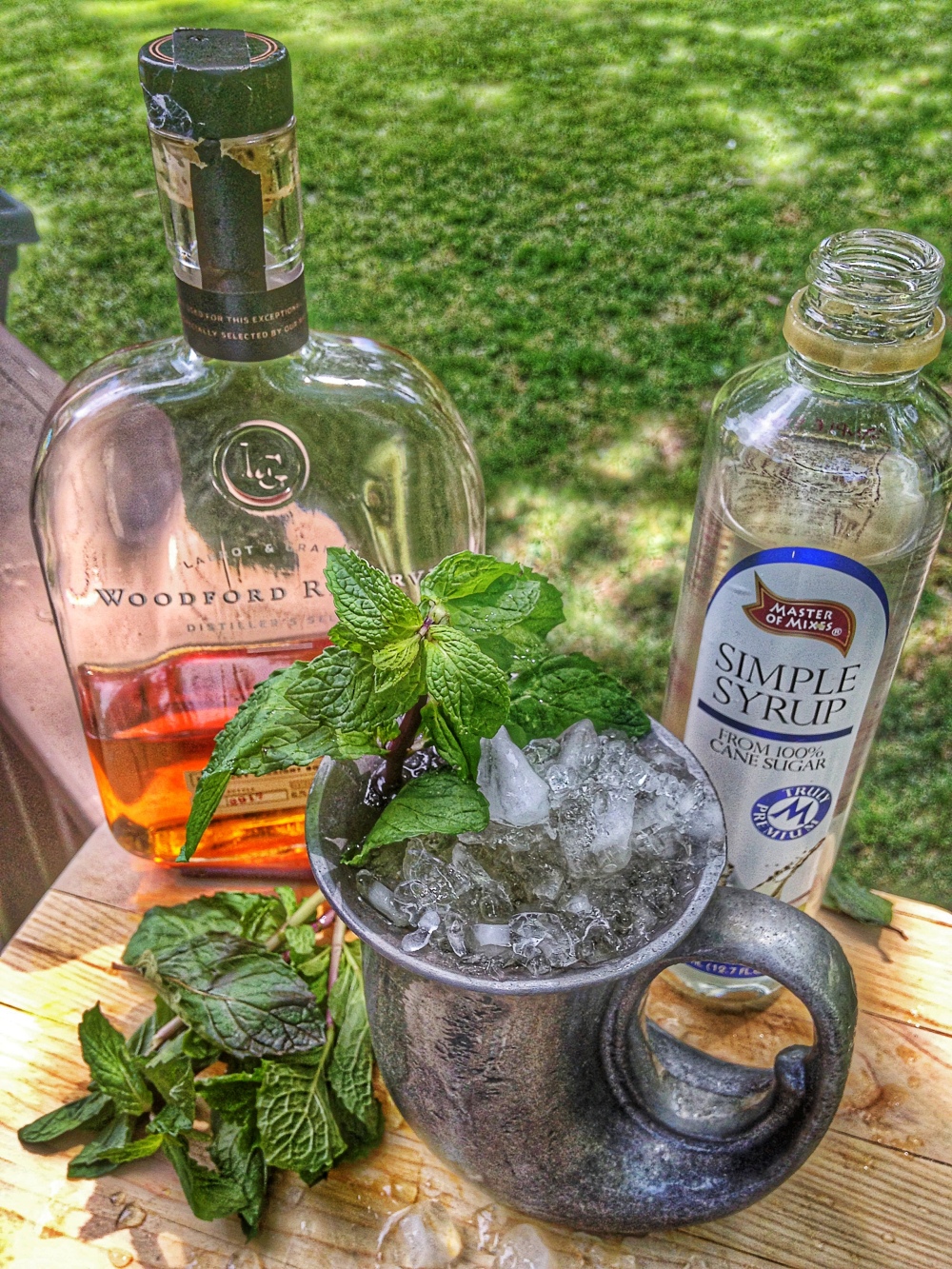 Below are varies recipes and ways to make a Mint Julep

The classic take on the Mint Julep is served in a silver julep cup (pictured below). 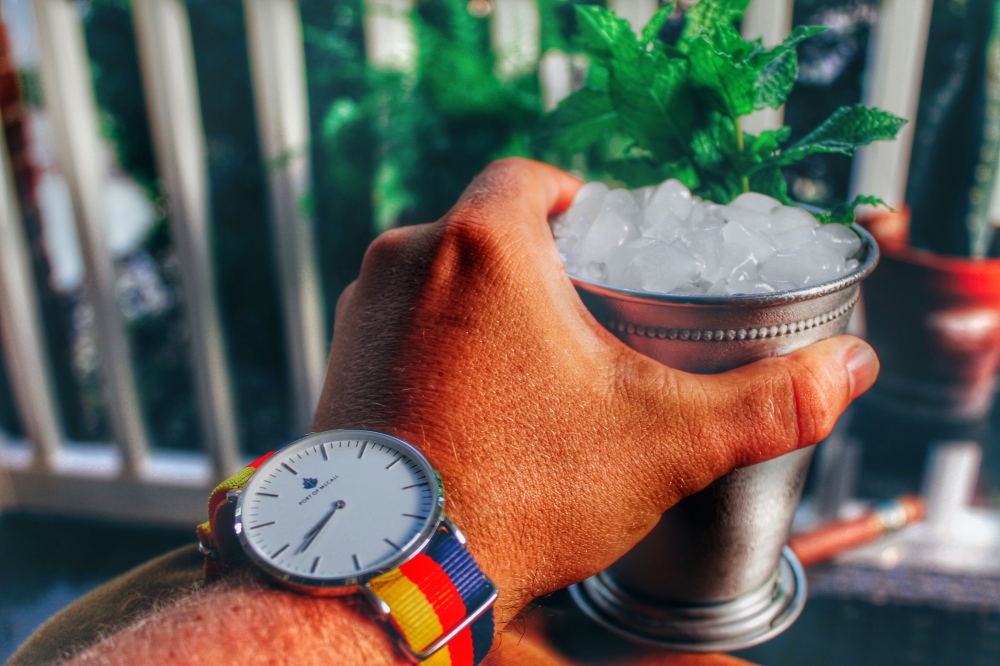 If you can, pre-chill your julep cups or glass tumblers before filling with crushed ice. This prevents the ice from melting too quickly.

Mix together simple syrup either muddled with mint or by itself, and Bourbon. Fill glass with crushed ice and pour mixture over top. Sprinkle top of ice with powdered sugar. Garnish with a mint sprig.

*How to make Simple syrup: 1 cup granulated sugar and 1 cup distilled water. Heat to dissolve sugar, stirring constantly so the sugar does not burn. Set aside to cool. 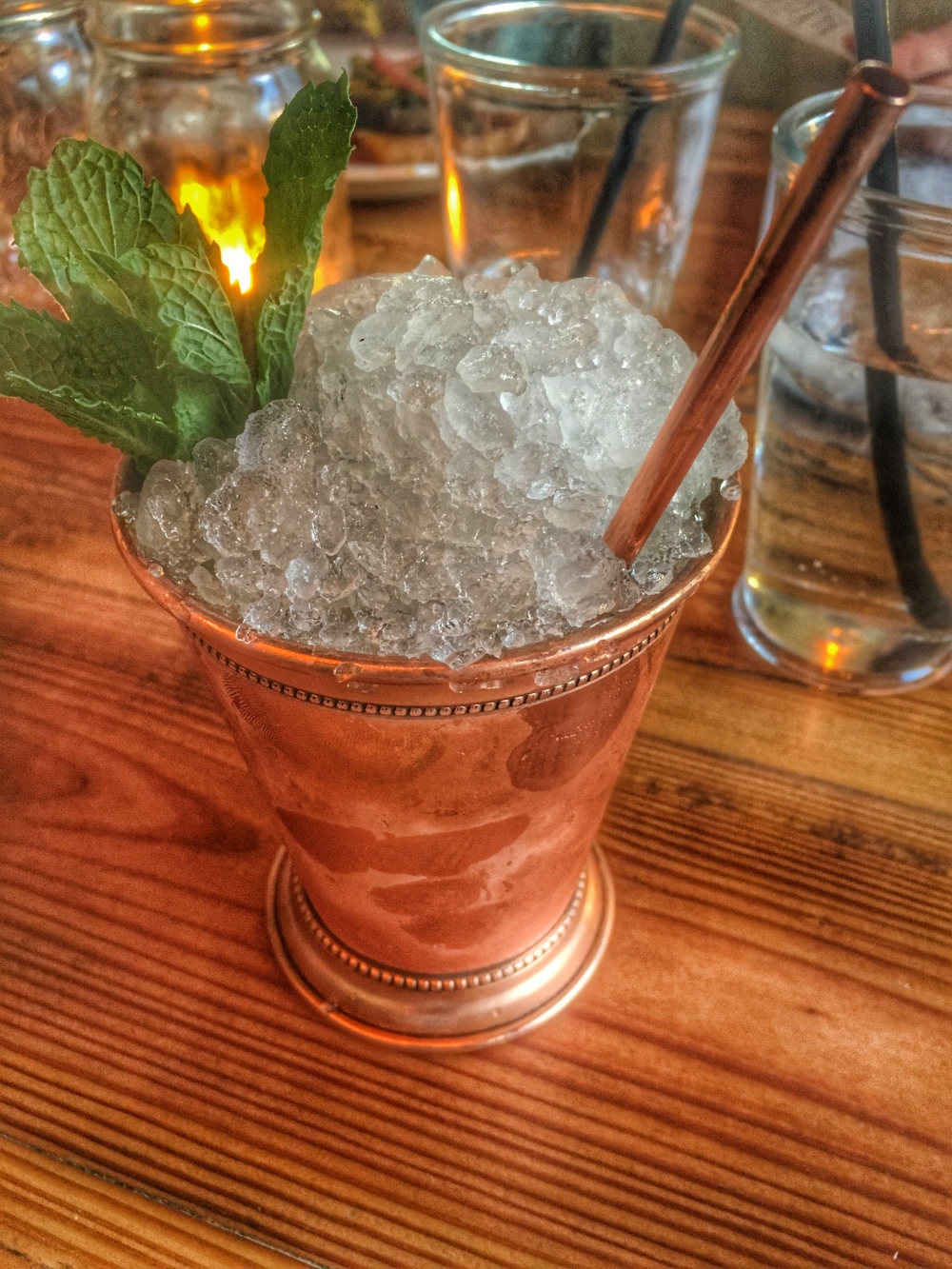 If this cocktail didn’t seem uppity enough , there are also heated debates on what type of bourbon to use. Woodford, Bulleit, Old Forester, Blanton’s, etc. Everyone has their favorites, and in the South, everyone has an opinion. The best advice is to use a quality Bourbon, something that will make the drink remarkable. You don’t gulp down a Mint Julep, you savor it, you devote yourself to it. So, why would you fill your cup with poor grade bourbon?  Now, I’m not suggesting that you go out and purchase something top shelf,  just don’t fill your cup with something you would take a shot with while at Coyote Ugly’s. 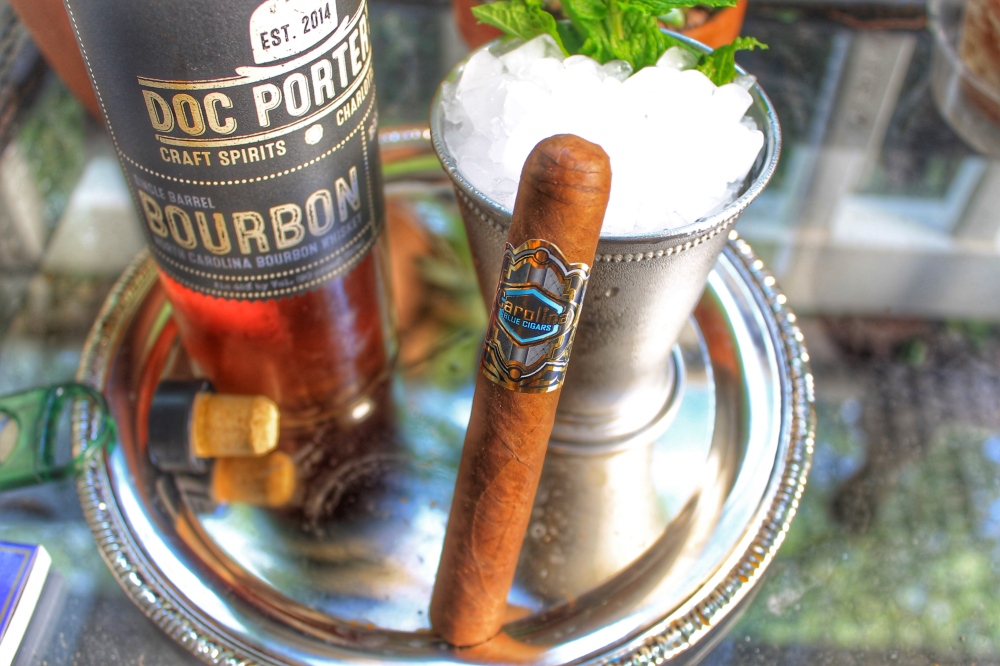 Here is a variation on the Mint Julep

Place the mint leaves in the bottom of an old-fashioned glass and top that with the sugar. Muddle these together until the leaves begin to break down. Add a splash of seltzer water, fill the glass 3/4 full with crushed ice, and add the bourbon. Top with another splash of seltzer, stir, and garnish with a sprig of mint. 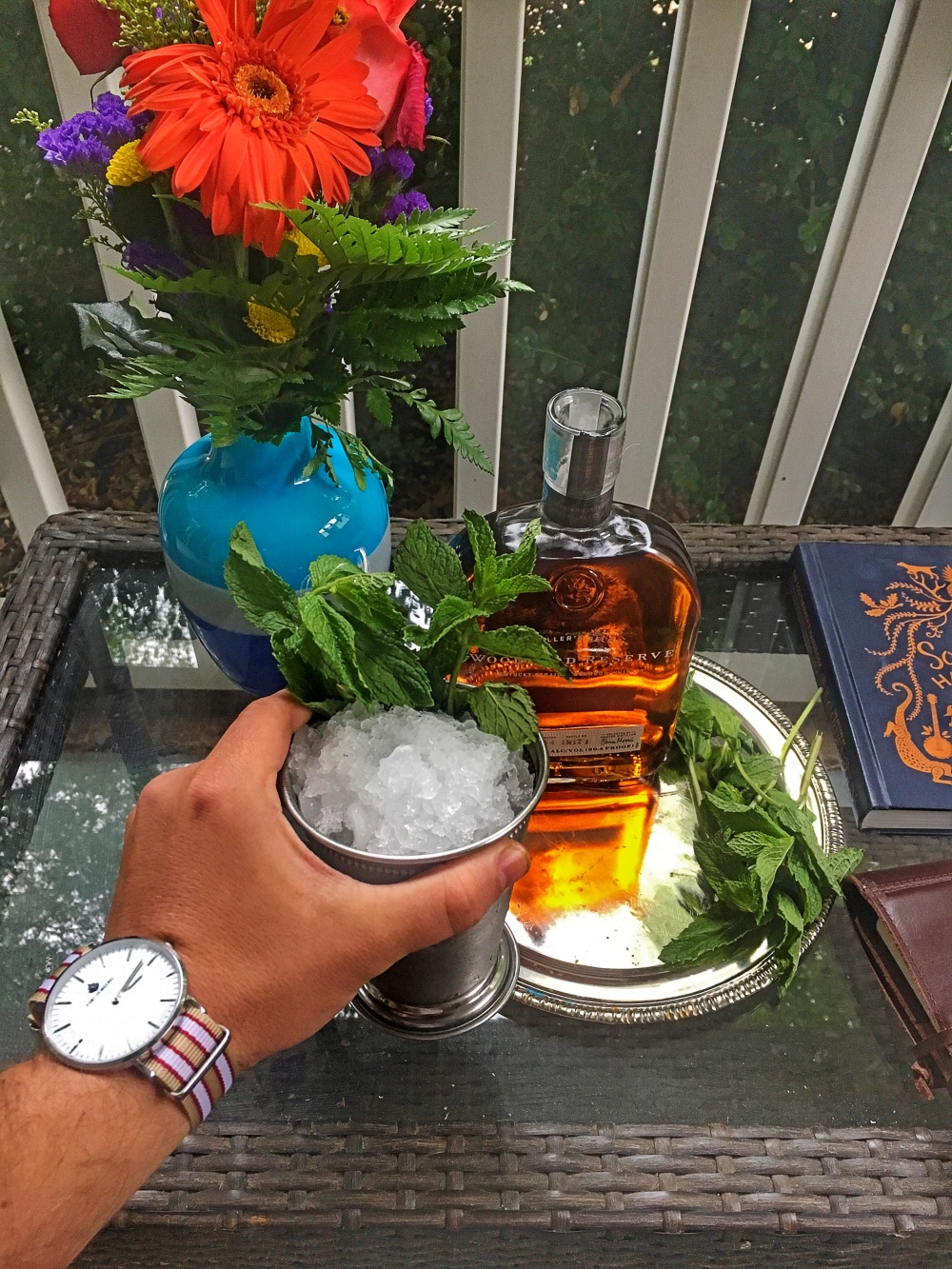 How to Make a Mint Julep

How to Videos: (note the various takes on how to make this cocktail) 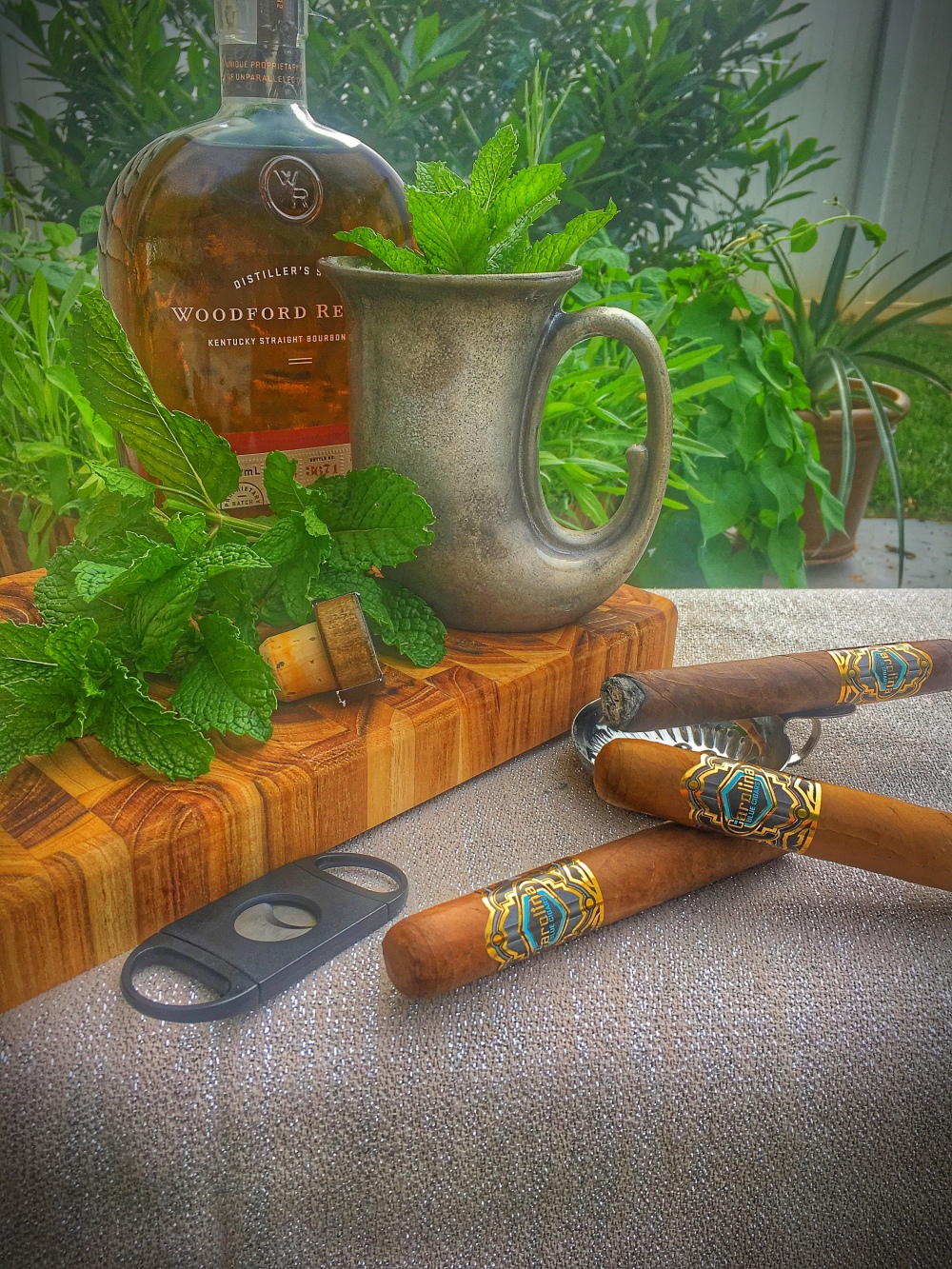 History of the Mint Julep

Predating the Kentucky Derby, the handmade sterling silver cups have been coveted and collected by the influential and powerful since the early 1800s.  The classic design associated with the silver cup is accredited to early master silver smiths Asa Blanchard of Lexington, Kentucky and brothers William and Archibald Cooper of Louisville.  There are basically two main styles of julep cups:  one is with a beaded rim and the other sports bands at the top.

In a 1908 Chicago Tribune article about the mint julep, Lexington’s Samuel Judson told a reporter: “Take a silver cup—always a silver cup. Fill it with ice pulverized to the fineness of snow. Bruise one tender little leaf of mint and stick it in the ice. Then dissolve a spoonful of sugar in about three-quarters of a Kentucky drink of good whisky and let the fluid filter through the ice to the bottom of the cup. Shake the cup slowly until a coating of a thick white frost forms on the outside. Trim with mint and hand to an appreciative gentleman.” 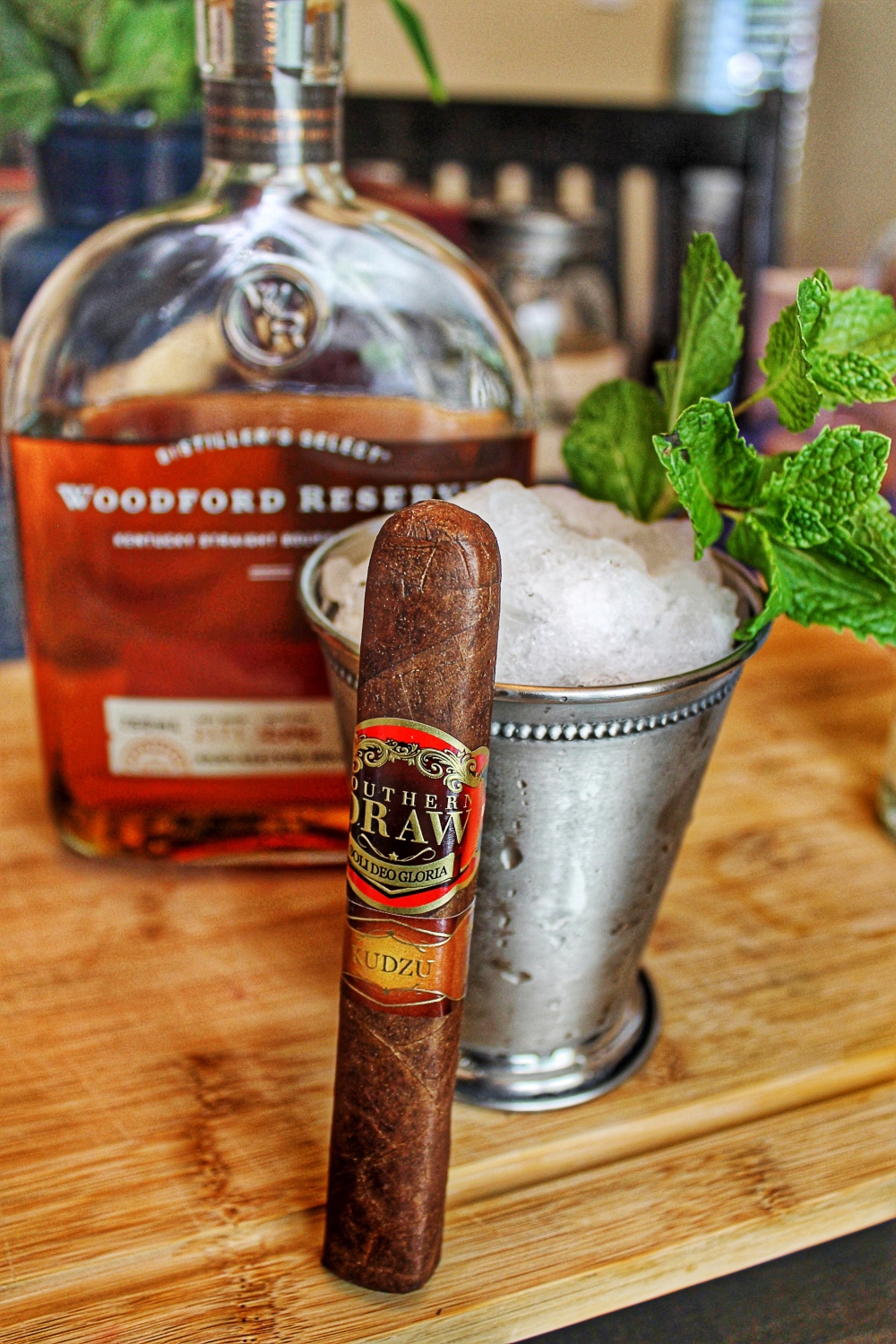 Over time, the popularity of the Mint Julep has grown,  largely because of  spirited individuals who loved it. One of those individuals was the very well-liked politician from the great Commonwealth of Kentucky, Henry Clay. Clay served as United States Senator on three separate occasions from 1807-1811, 1831-1842, and finally from 1849 until his death in 1852. He also served a term as Secretary of State from 1825-1829. Senator Clay made the Mint Julep prominent at the world renowned Willard Hotel’s Round Robin Bar in Washington DC. No doubt it was shared with his powerful constitutes who then went back to their respective  districts and States and told folks about this amazing cocktail.

We also owe the Mint Julep a great thank you for the further development of the straw.  In the 1800s, the rye grass straw came into fashion because it was cheap and soft, but it had an unfortunate tendency to turn to mush in liquid. To address these shortcomings, Marvin C. Stone patented the modern drinking straw, made of paper, in 1888.  He came upon the idea while drinking a Mint Julep on a hot day in Washington, D.C.; the taste of the rye was mixing with the drink and giving it a grassy taste, which he found unsatisfactory. He wound paper around a pencil to make a thin tube, slid out the pencil from one end, and applied glue between the strips. He later refined it by building a machine that would coat the outside of the paper with wax to hold it together, so the glue wouldn’t dissolve in bourbon.

How do you make yours? What kind of Bourbon do you use? Leave a comment below and let us know!