Tweetsie Railroad is an adorably hokey amusement park located up in the mountains of North Carolina. The park’s live shows, games, zoo, rides and two vintage steam locomotives, deliver the goods to people of all ages. 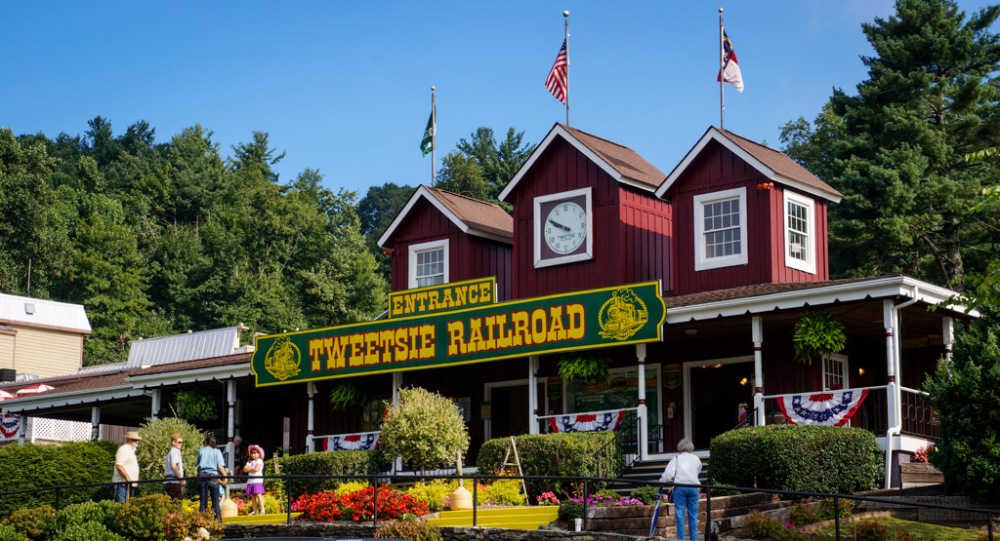 I lived in Boone for many years, but never made it to the park. At times, I would hear the train whistle in the distance but somehow it never quite lured me there. I always thought the park was for little kids and I wouldn’t enjoy myself. Recently, I was in Boone visiting some friends and we decided to go to Tweetsie and take their two kids.

I find that as we get older we sometimes forget how to relax and have fun … to let go and be goofy. Thirty minutes at Tweetsie and you will find yourself smiling and loosing up as you see kids laughing and frolicking about. You will see grown-ass men and women running around dressed as Cowboys and Indians. You might see a baby goat  wander pass you on the sidewalk. You smell candy apples and fudge in the air. And then you have the trains. Oh my God, do I love trains! Let me tell you a little about the trains.

Tweetsie has two vintage steam locomotives: No. 12 “Tweetsie” and  the No. 190 the “Yukon Queen.” When you visit the train will be pulled by one of these historic and impressive engines. Both locomotives are coal-fired narrow-gauge engines, built by the Baldwin Locomotive Works in Philadelphia.

Then in 1960, Tweetsie acquired another steam locomotive, No. 190 the “Yukon Queen” from Alaska’s White Pass & Yukon Railway.

Today, the locomotives steer you back into the woods where you will find Cowboys and Indians battling it out in various scenarios. No matter what your age, you will find this experience oddly enjoyable. The gunfight reenactments and indian attacks are so much fun … cheesy … but fun. 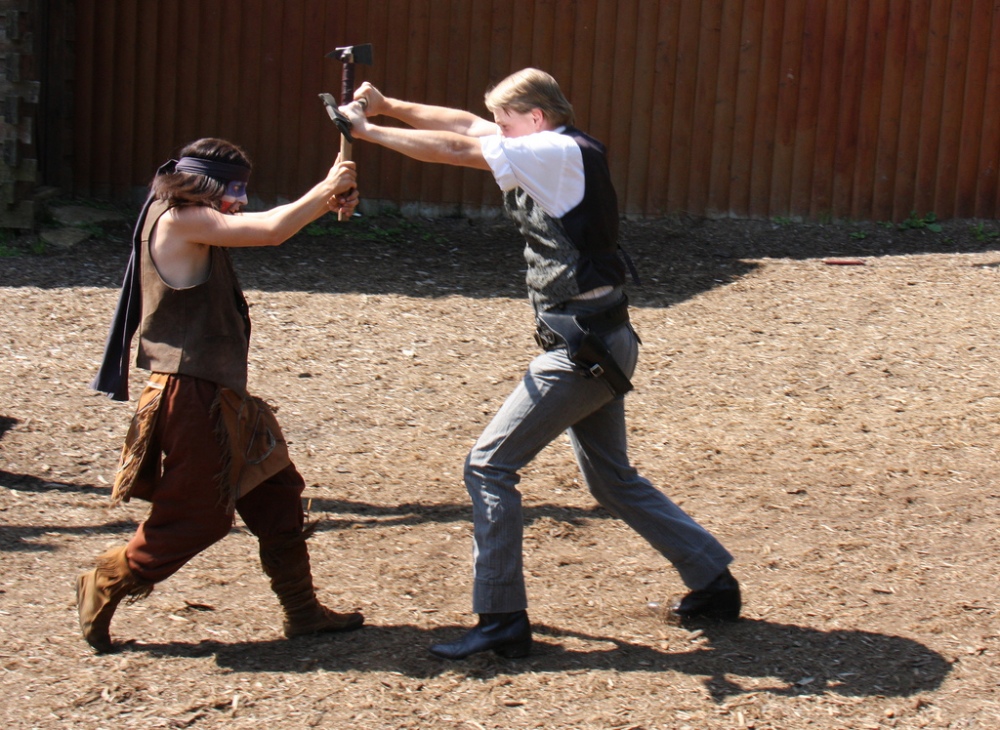 Once you ride the train and watch the Cowboys and Indians duke it out, you can take the chairlift up the mountain for some rides and the petting zoo.

*note about the chairlift* This is by far the scariest thing to do in the entire park.

There are goats everywhere! Seriously … all over the place. Some are so tiny that they are able to get through the fence or hop over, so they sort of run around. It’s amazing!

The park allows you to feed the animals, and watching kids laughing uncontrollably while feeding baby goats might be the cutest thing ever witnessed.

They also have Emus, Burros, Miniature horses, pot bellied pigs, turtles, and Llamas (the white one there is a real asshole and might spit in your face).

This is the asshole Llama. (I mean, just look at him. What a jerk.) 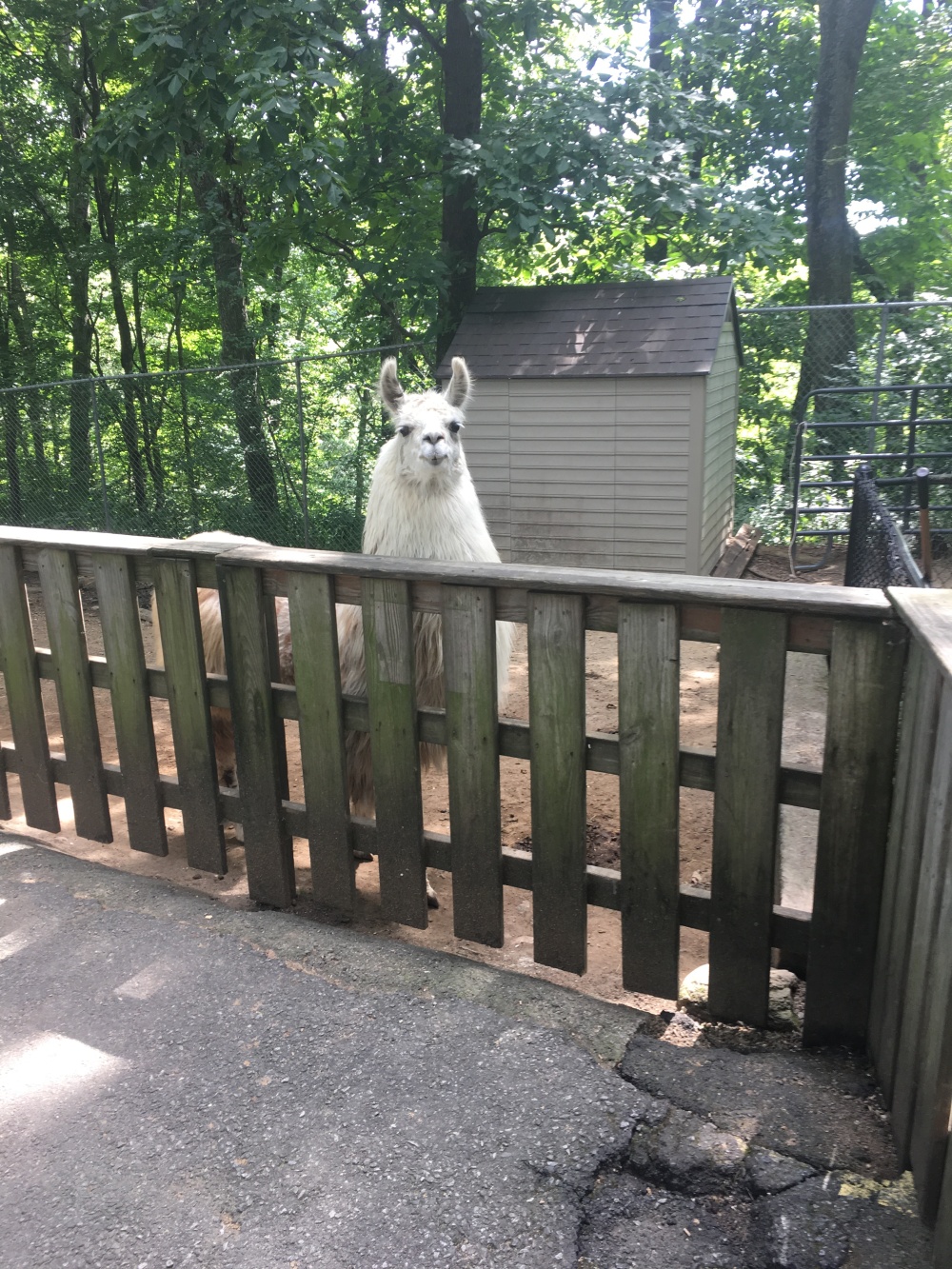 After you visit the petting zoo you have the opportunity to ride some rides like the Ferris Wheel, the Free Fall, the Tilt-a-Whirl, the Tornado or the hilarious Mouse Mine Train.

Tweetsie is for kids no doubt, but why not take a day and go be a kid yourself?  Sure, the park is a little corny, sure it’s not as impressive as say, Carowinds or Six Flags, but Tweetsie has charm and the place gives you that nostalgic feeling that brings you back to being a kid. Do yourself a favor, plan a trip up to Boone in the fall when the leaves start to change and go to Tweetsie. During Halloween they deck the place out and have special events going on. Here are some of the Halloween attractions. 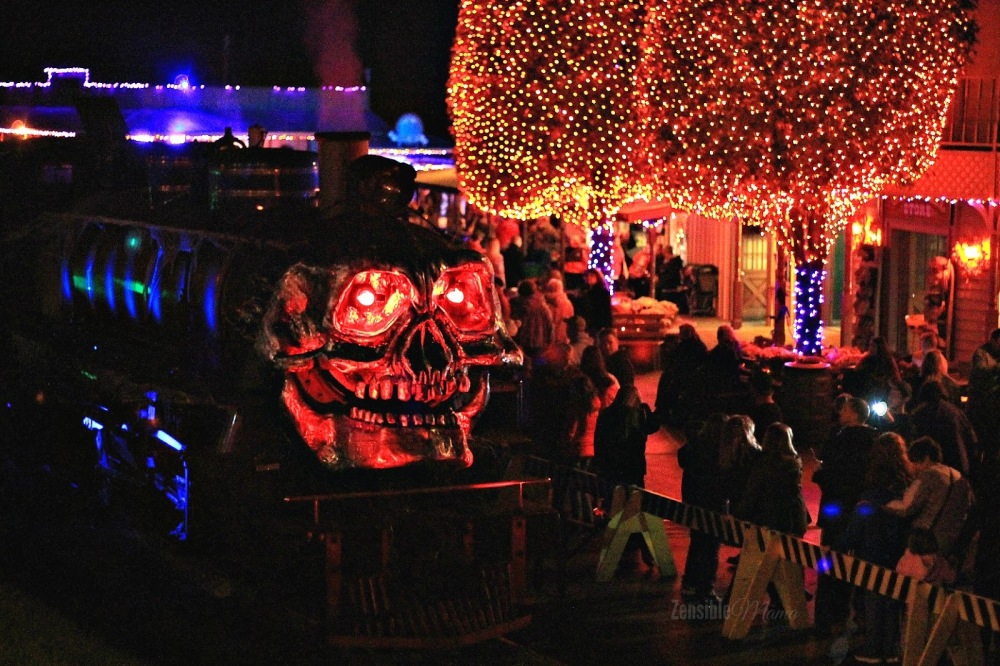 Want to plan a trip? You should. Go check out their website for pricing. I hope you enjoy it as much as I did!